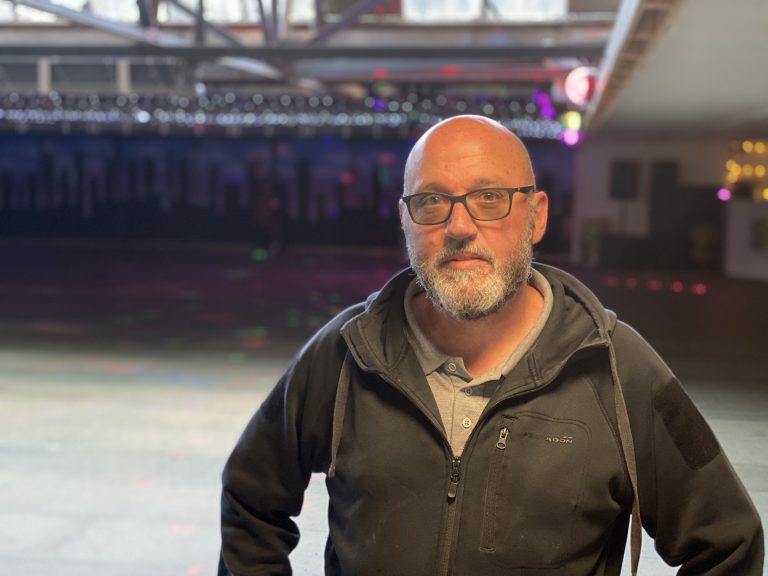 Mark Rooney runs 4D Sports, a community multi-activity sports club on Newport Quay, a short stroll from Jubilee Stores. He offers the only indoor roller disco skating arena on the Island, as well as Laser Tag, Close Quarter Combat simulations and Airsoft Combat. Mark has come a long way since 2018, when he received a £28,000 start up loan from the Isle of Wight Lottery.

“I wanted to get young people away from the Playstation and into real situations, having fun,” Mark says. “I wanted to run a community driven leisure centre, based around four dynamic sports, which is where the name 4D came from. I’d had experience of running community sports and I wanted to scale that and move into premises rather than hiring halls.”

Securing his building was key and the interest free loan from the Isle of Wight Lottery meant that Mark had the confidence to tackle a huge challenge, converting an unloved warehouse that had been abandoned for more than 15 years.

“We put in a new roof and gutters, which had been removed, exposing the building to the elements. The whole first floor was missing and unsafe to stand on. The material and labour costs were huge, but we managed to get the building and the business ready to open in just 11 months. We opened on two floors, with a laser tag arena and a rifle range. It was a major achievement.”

In August 2019 Mark’s new venue hosted a shooting competition which brought 200 international guests to the Island. 4D Sports tentatively opened its doors to customers for the first time a month later. In less than a year however, Mark’s hopes would be dashed as the pandemic hit and lockdown conditions made it impossible to operate.

“I thought it was all over,” Mark says. “I had come so far but I thought I would have to do something else with the building. During the first pandemic I saw the resurgence in skating. We were running out of money but I didn’t want to give up. We diversified and the rifle range became a rollerskating rink.”

Since 2018 Mark has been guided by business mentors at the Isle of Wight Chamber of Commerce through the Over 50s Start Me Up programme. Business advisor Fiona Grist helped him to shape his ideas and encouraged him to apply for the Isle of Wight Lottery loan which would prove crucial in getting his dreams off the ground.

“I learnt so much from my mentors. Fiona was an invaluable guide. It took me 6 months to build up to getting my first loan and that process gave me the time and space to reflect on the job in hand. The Chamber’s CEO Steven Holbrook asked me to stress-test the business, which was new to me. Nobody knew it was going to be stress tested to 100% by the pandemic!”

“The Lottery’s Sharon Whiten has been a huge support with all things financial. The Lottery loan gave me funding at a time when borrowing wasn’t easy and it’s interest free too. The loan has given me an amazing opportunity. Even during the pandemic, when times were tough, I knew that I was going to keep repaying my debt, because the money is now going to help somebody else. I am very proud of what I’ve achieved, regenerating the building and a new community spirit here. It’s life affirming. At 54 I’m making a difference.”

The Isle of Wight Lottery creates and sustains Isle of Wight jobs, helping businesses to grow and develop. The lottery has loaned almost £1million to Island businesses since 2001, nurturing start-ups and supporting hundreds of jobs.